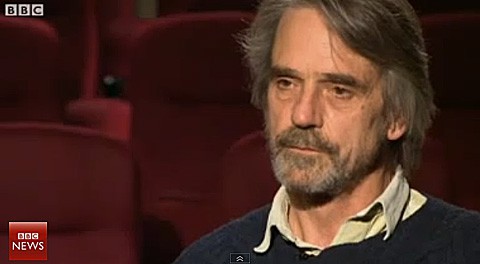 Actor Jeremy Irons who recently made headlines with his remarks that allowing gays to marry might mean that a father would marry his son for tax purposes, and that gay marriage would "debase" the institution, was asked about that comment by the BBC this week.

"Well it changes it, doesn't it. Marriage is about procreation, really. That's historically how it's always been."

Irons added later that he wishes he'd "buttoned [his] lip" about the issue.