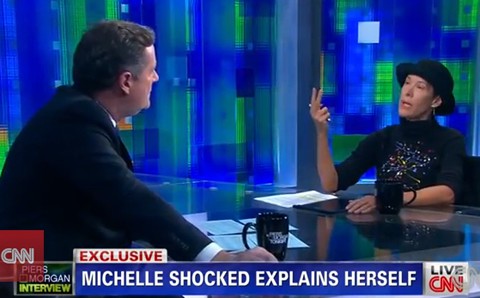 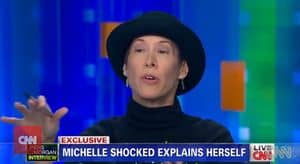 Morgan asked her about the rant, and she gave a (surprise) nonsensical response:

"I admit I made a mistake, Piers. If I had the chance to do it again, I don’t think I would have taken the audience up on their choice. I had presented an entire performance, and I framed it as ‘truth,’ and then I came out back for an encore, and they requested ‘reality.’ What has consequently taken place ever since then is my manifestation of how little I think of reality. I know that it’s a stock in trade for a lot of the media to present things like that’s how it really is. But I don’t think the audience was ready for the consequences of that, and I surely have not been happy with it.”

Later Morgan asked her if she is homophobic and she began giving a dumb explanation that somehow her words would have meant something else if the whole thing hadn't been recorded:

"On the surface it sounds really bad. It's not really a point worth making but the show is supposed to be live, not recorded…To me, it's an important difference but I don't think I have time to go into it right now."

"If you want to keep this simple for the audience, let me just give you a straight, 'no, I'm not homophobic'."