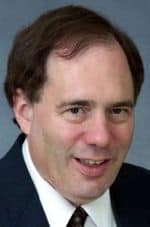 In the press release, Cohen calls civil unions exactly what they are: a “middle-of-the-road compromise position between constitutionally banning and permitting gay marriages.” And just to appease those religious dissenters, he states that, “Nothing in this bill would require any religion or any clergyman to perform any ceremony uniting people in a civil union. This legislation will merely offer committed gay couples the same legal rights that are bestowed upon married people without the status of marriage.”

Bill 130224, which passed with a 14-three vote, would not only give a tax credit incentive to businesses that offered employee health plans that would include same-sex partners and children, but it would also include a substantial amount of benefits to the transgender community as well.

The bill ,which was introduced by Councilman Jim Kenney, would revamp the city’s health care plan to ban discrimination against non-union transgender city employees and would instate a Transgender Health Tax Credit that would allow companies to offer healthcare specific-needs to the transgender community.

Previous Post: « New Minnesota Bill Would Give Everyone Civil Unions, Gay and Straight, Leaving Marriage to Churches
Next Post: Minnesota Bride Refuses to Toss Bouquet, Hands It to Lesbian Sister in Hopes She Can Marry: VIDEO »