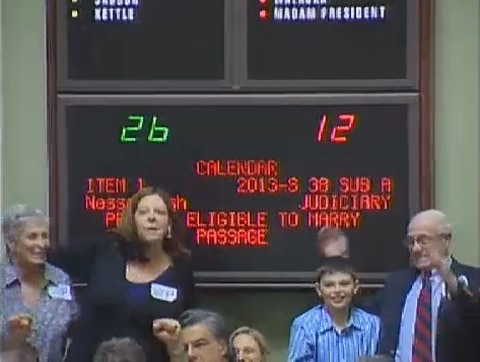 Rhode Island has approved marriage equality in a 26-12 Senate vote.

The Rhode Island House passed the bill in January in a 51-19 vote. It must get another, largely procedural, vote there.

Rhode Island will be the 10th U.S. state to allow gay and lesbian couples the freedom to marry, and every state in New England is now a marriage equality state!

Once signed, the bill should take effect in August. 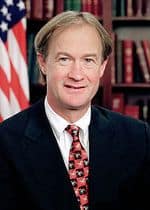 I am always proud to be a Rhode Islander, but never more so than today.

After yesterday’s Judiciary Committee vote, I expressed my hope that the full Rhode Island Senate would pass a bill that chooses tolerance and fairness over division and discrimination. In passing the Marriage Equality Act, they have done just that.

I thank the Senators who have taken a stand to move Rhode Island forward and commend the Senate President for calling the roll. Great credit should go to Ray Sullivan, everyone at Rhode Islanders United for Marriage, and the countless volunteers who knocked on doors and participated in phone banks. Finally, I want to applaud the pioneers, such as the late Julie Pell, who for decades have fought for the fundamental rights of gay and lesbian Rhode Islanders. This day would not have been possible without their efforts.

Pending the final vote by the House of Representatives, Rhode Island will no longer be an outlier in our region. We will have the welcome mat out. We will be open for business, and we will once again affirm our legacy as a place that is tolerant and appreciative of diversity.

Previous Post: « Towleroad Guide to the Tube #1354
Next Post: ‘Ex-Gay’ Poster Boy John Paulk Apologizes for the Pain and Harm He Caused at Focus on the Family »