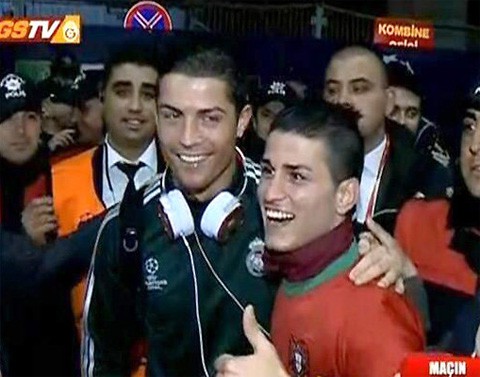 Real Madrid footballer Cristiano Ronaldo met Gokmen, Akdogan, a 23-year-old man who makes a living impersonating Ronaldo, in a strange and funny moment after a match on Tuesday in Istanbul, Yahoo reports:

Akdogan (below), who also plays semi-professionally for lower-league side Seyhanspor, makes it his business to dress like Ronaldo, have his hair cut like Ronaldo… and apparently he even takes his free-kicks like Ronaldo. And the facial similarity is there for all to see.

Both men were all smiles when they met after Tuesday's match – a meeting which appears to have been engineered by Turkish TV – with Gokmen understandably delighted at meeting his idol, having previously said it would be a "dream" to shake the big man's hand.

One place where they don't measure up is height though – the Real Deal is a good three or four inches taller than his lookalike. 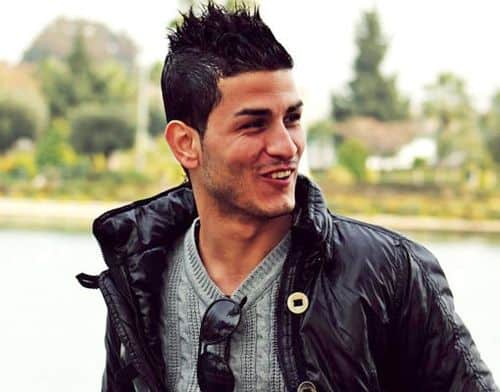