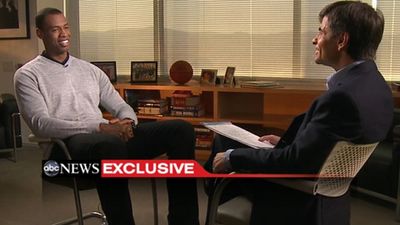 Jason Collins' decision to become the first openly gay active male player in professional sports continues to dominate the news cycle and Collins gave his first television interview since the announcement as to "Good Morning America". He discussed how he feels about all the attention and his special tribute to Matthew Shepard. Support continues to pour in from all corners; openly gay footballer Robbie Rogers says that he is proud of Collins, Ellen wants to hug as much of the big man as she can and even Lance Bass had some helpful advice for Jason. President Obama also made public remarks in support of the historic announcement.

Ari Waldman takes a look at the importance of "identity" as it relates to the intersection of sports and homosexuality. Possibly taking a cue from Collins, other athletes are stepping up their public support of the LGBT community as American tennis stars Andy Roddick and Mardy Fish have announced that they have joined the anti-homphobia group Athlete Ally. And Stephen Colbert concedes that there may be gays in basketball, just as long as they stay away from figure skating! 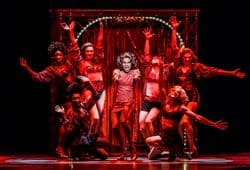 The nominations for the 2013 Tony Awards were announced today and Kinky Boots and Matilda were the big winners. There is good news on the way if you can't get enough of RuPaul's Drag Race, it is about to be available in video game form! Willie Nelson is looking to be the first stoned version of Gandalf and the Pet Shop Boys have dropped the first track off of their new album.

Despite many overtures for an apology, ESPN's Chris Broussard is standing firmly behind his bigoted and ignorant comments. Also it is 2013, one Georgia county is holding its first ever integrated prom.

Previous Post: « Paul Ryan Supports Gay Adoption But Doesn’t Want the Kids to Have Married Parents: VIDEO
Next Post: I’d Do It Again With You: VIDEO »