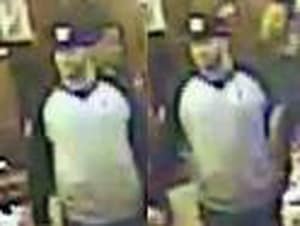 The NYPD is seeking information on the suspect pictured above over an anti-gay attack in NYC's West Village, CBS New York reports:

Authorities said the incident took place on Monday at around 4:40 a.m. inside the Waverly Diner located on Sixth Avenue. A 33-year-old woman was approached by the suspect, who made anti-gay statements and struck the victim in the face with a ketchup bottle causing a laceration to her forehead, police said.

The suspect is described as a black male, approximately 6-foot-1 and 200 pounds.