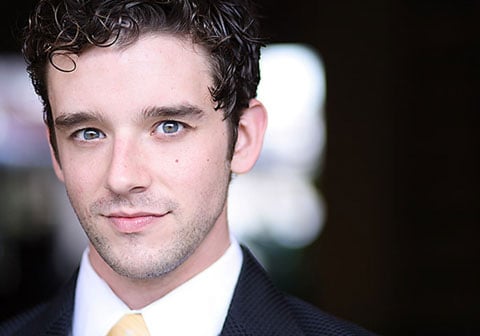 You may or may not be surprised to know that Barbra has hermany earthly possessions organized into something that resembles a posh strip-mallin her basement. That is the factual part of the story. Buyer & Cellar imagines if she hired some poor (lucky?) soul towork down there, manning the shops for just one special customer. 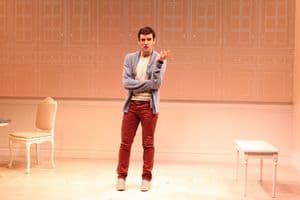 Urie plays just the man for the job—an out of work L.A. actornamed Alex, who’s just been fired from playing the Mayor of Toon Town atDisneyland. Alex is the play’s narrator and protagonist, and while he tells usabout his experience with one of the world’s most bizarre retail jobs, he alsoplays himself and every other character involved.

Tolins’ play is well crafted, hilarious, and completelyaccessible to folks who know nothing about Barbra Streisand. Of course, theshow’s success is thanks in no small part to Urie’s charming, whirlwindperformance. I spoke to Michael about his work on the play, his choice of gayroles, and his personal feelings on the lady of the house.

Naveen Kumar: How did you approach playing differentcharacters with only yourself to play off of? You recently directed a filmabout high school forensics (Thank YouFor Judging), and I know from my own experience, that forensics (or speechand debate) requires some similar skills, like using yourself as a scenepartner.

Michael Urie: I’m so glad you mentioned forensics, becauseit was so helpful to have that vocabulary of popping from character tocharacter. I had experience with forensics in high school, and [have been]reliving it all these years with ThankYou For Judging. So, when I read the script I was like, ‘I get it! I gethow I could do this.’

I didn’t know how hard it was going to be to actually figureout. Because comedy is all about timing, and usually you time yourself off ofothers. Whether it’s an audience if you’re doing stand up or if you’re doing ascene, it’s about how you play off of [that other person]. So, I was like, howam I going to play off of myself? Notonly that, but continue narrating the story. That was the greatest challenge.

I’ve learned more [performing in front of an audience] thanI did through all of rehearsal, because audiences tell you what’s funny. 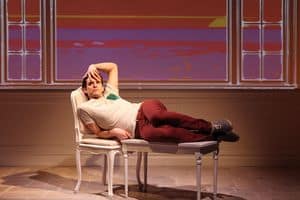 There was no one way to create the characters, I had toattack them all in very different ways. There’s a lot of trust, obviously, inthe playwright. What’s great about [John’s writing] is you could figure out howto play the character of Barbra even if you didn’t know who she was. He’swritten that character so beautifully and so three-dimensionally, that I thinkyou could probably interpret that character without any knowledge of BarbraStreisand and get really close.

NK: That was actually my next question. As the story’snarrator, Alex tells the audience from the beginning that he’s not going to“do” Barbra. Was it challenging to steer away from impersonation? How much didyou know about her going in?

MU: That [line about not ‘doing’ Barbra] is such a brilliantprecursor, and it takes so much of the onus off of me. Because everybody has anidea of what Barbra sounds like, she’s iconic. Even if it’s just 'Like buttah.' People have done impersonations, real impersonations, brilliantly. We didn’t want to try to do that,because it’s also not about her it’s about Alex, she’s just a character in [theplay].

I think that’s part of John’s genius, that he has createdsomething that’s meant to be an emulation—accurate storytelling rather than aseries of impressions. Thank God! I don’t think I could do a real impression, certainly not withouthis words, I wouldn’t know what to say.

But to answer your question about what I knew of her, I would say I was a fanbut not a fanatic. I had seen her in concert once and loved it, and I knew her1990-something comeback concert because my mom and I used to listen to it. It’sso funny, I listened to that concert album again [recently] and I remembered veryvividly asking my mom, ‘What does it mean when she says ‘I kept my nose tospite my face?’’ 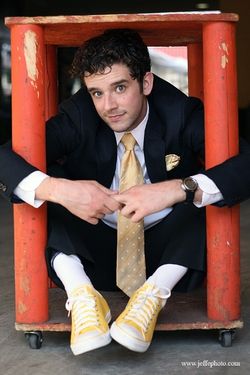 So, my memories of Barbra go way back, but they certainlyaren’t that extensive. There was that concert, I loved Hello, Dolly! and I’d seen other movies. Also I remember very, veryclearly when I saw Meet The Fockers—notLittle Fockers, but Meet The Fockers—thinking that she’sabsolutely brilliant in that movie. Those were my Barbra benchmarks, I wouldsay.

Of course now,like Alex in the play, I have become a fanatic.

NK: How would you feel if Barbra came to see the show?

MU: (Woof) I don’tknow. I don’t know! I don’t know, that would be crazy. It would be really crazy. I think on the one hand,they would have to not tell me. But on the other hand, I think maybe I’d wantto do it a little differently if she were out there? But I do feel really goodabout what we’re putting out there. It’s a really loving portrayal, in thatit’s a love story in a lot of ways, about her. If anything you come away likingher more than you did when you walked in. At least that’s the hope, and I feellike we’re doing it. Nobody’s been like, ‘You really let her have it!’ [Laughs]

NK: I know you trained at Julliard and you’re a theatre guy,what are the different challenges and rewards you find in performing fortheatre versus television and film?

MU: Performing in front of an audience is the greatest thingin the world. It’s like a drug. I love the theatre, and when I was doing TV, Iwould do a play every time I wasn’t doing TV.

Obviously the scope and exposure of television is so great,and the family you make working on a long running show like Ugly Betty is such a close group ofpeople. That’s the thing I’ve missed a lot about this show, is working withother actors.

I always come back [to theatre] and I always want to be onstage, and doing great works. It really feeds your soul.

NK: You’ve said before that you find being open about yoursexuality has helped your career, though not every actor feels the same wayabout their own private life. Can you speak a bit more about this?

MU: We all have an idea of what kind of an actor we thinkwe’re going to be, or what kind of actor we want to be, and there’s no way Icould have ever predicted that my career would end up the way it is. If I wasnot open about who I am and if I was not open to playing gay parts, then Iwould not have the scope of work that I have. I think more than being openabout my sexuality, being open about the sexuality of the characters I play iswhat keeps me busy. 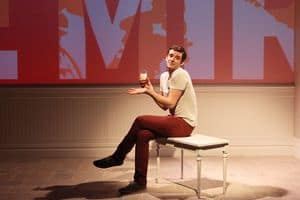 Also, just because the sexuality is the same from characterto character, doesn’t mean I’m doing the same thing over and over again. Iwould get bored that way, that wouldn’t be interesting to me. If someone said,‘Hey, we want you to play the part of a fashionable, snarky gay guy who worksfor a domineering, hilarious, evil boss.’ I would probably say that’s exactlywhat I did on Ugly Betty, and Iprobably wouldn’t want to do that.

I’ve been lucky enough to be offered gay parts that are sofascinating, like the part I’m playing in Buyer& Cellar. If I had a no gay part policy, I never would’ve been able todo it. You can’t possibly compare [some of the parts I’ve played] they’re totallydifferent—except for that one box youcheck.