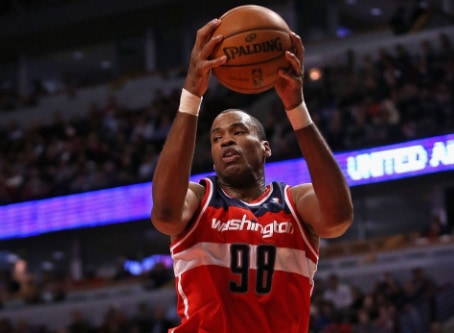 Sales of Washington Wizards jerseys with the number '98' spiked after his coming out, ABC News reports:

Team spokesman Scott Hall told ABC News that 100 percent of custom jerseys ordered from the team’s online store bore Collins’ name and number, 98, on the back, after Collins revealed his homosexuality in an article published on Sports Illustrated’s website on Monday…While Hall could not reveal how many custom Collins jerseys were sold, he said that the team’s general merchandise sales and online traffic spiked following Collins’ announcement.

The '98' was, as you may know, a tribute to Matthew Shepard.

On the flipside, Collins has been receiving some online death threats.