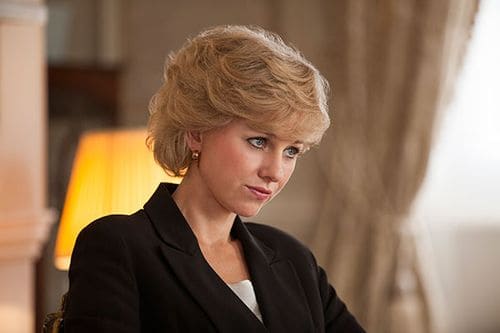 Here's the first official shot of Naomi Watts as Princess Diana from the upcoming biopic Diana.

"Entertainment One has acquired U.S. distribution rights to Diana, the Oliver Hirschbiegel-directed drama about a secret love affair that Princess Diana had shortly before her tragic death. With Naomi Watts as the princess, this was one of the higher-profile pictures shopped at the Cannes Film Festival and eOne bought the rights from Embankment Films and Ecosse Films. eOne will also distribute with major releases in the UK, Canada and Spain with the U.S. film coming in Oscar season later this year.