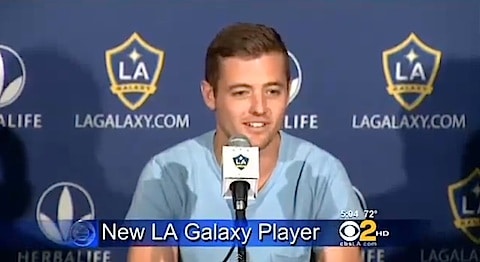 Yesterday we reported news that Robbie Rogers had signed with the LA Galaxy, making him the first out gay footballer in Major League Soccer. Rogers met the media yesterday to talk about the signing.

"I kept my secret because I thought I couldn't be both a soccer player and a gay athlete…I was afraid to put myself back in a situation where I felt like I was kind of an outcast or just different from people, but through this whole process I've realized that everyone is a bit different."

Rogers could hit the field and play with the Galaxy as soon as Sunday night.