Sally Ride, the first female astronaut in space who came out in July 2012 in her obituary, will be awarded a posthumous Presidential Medal of Freedom, the White House announced today. 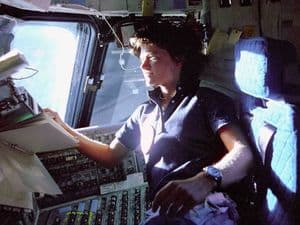 "Dr. Ride’s partner, mother, and sister were notified last week of the President’s decision to award her with the Nation’s highest civilian honor for her contributions to the U.S. space program and education system. The remainder of the honorees selected by the President will be announced over the coming weeks and the awards will be presented at a White House ceremony later this year," said the White house in a press release.

Said President Obama of the honor:

“We remember Sally Ride not just as a national hero, but as a role model to generations of young women. Sally inspired us to reach for the stars, and she advocated for a greater focus on the science, technology, engineering and math that would help us get there. Sally showed us that there are no limits to what we can achieve, and I look forward to welcoming her family to the White House as we celebrate her life and legacy.”