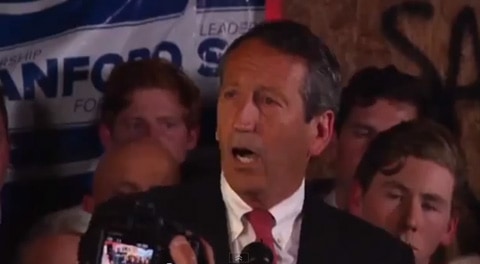 Said Sanford: "I just want to acknowledge a God not just of second chances, but of third, fourth, fifth, sixth, seventh and eighth chances … because that's the reality of our shared humanity."