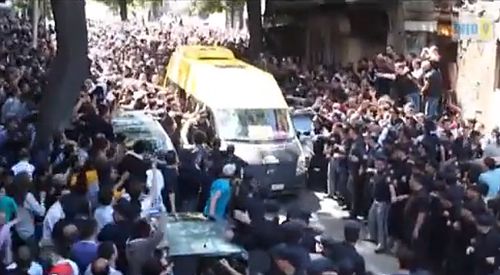 This morning I posted some horrific clips of thousands of people attacking Gay Pride marchers in Tblisi, Georgia who had been protected by police before being shipped from the area in buses that were surrounded and assaulted with fists and objects.

At least 17 people have been injured in the violence, Radio Free Europe reports.

One of the antigay activists, Zaza Davitaia, explained why he was against the rally taking place."I give my support to those who are gathered here. We are against a rally that contradicts our Georgian morals and traditions," Davitaia said. "[Gay-rights campaigners] receive financial support from some organizations abroad and they wanted to hold a demonstration against Georgian morals."There were many Orthodox priests among the antigay demonstrators. One of them, Reverend Ioanne, said he wanted to stop LGBT activists from furthering their agenda."It's unacceptable in any way, especially today," he said. "It's a plan by some forces, who test our patience, to force us to make a mistake so they can act according to their program."

Twelve were hospitalized, according to Amnesty, including three police officers and a journalist. 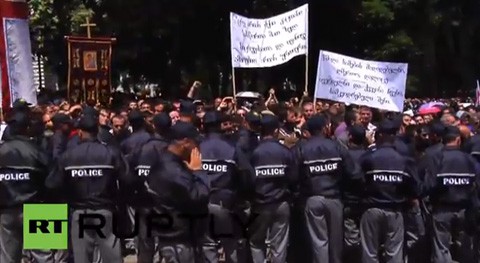