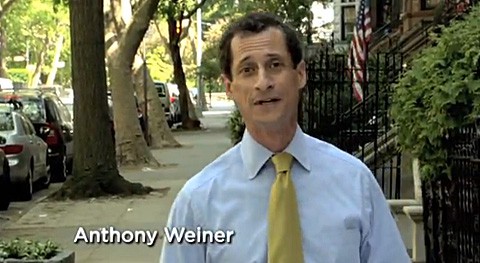 Nearly two years after stepping down from Congress after his sexting scandal, former Rep. Anthony Weiner has launched himself into the NYC mayoral race with a YouTube video.

In a new Quinnipiac poll, 49 percent of voters say he should not run:

Just a month ago, the same question yielded more-mixed results, with 44 percent of voters disapproving of the general idea and 41 percent approving.