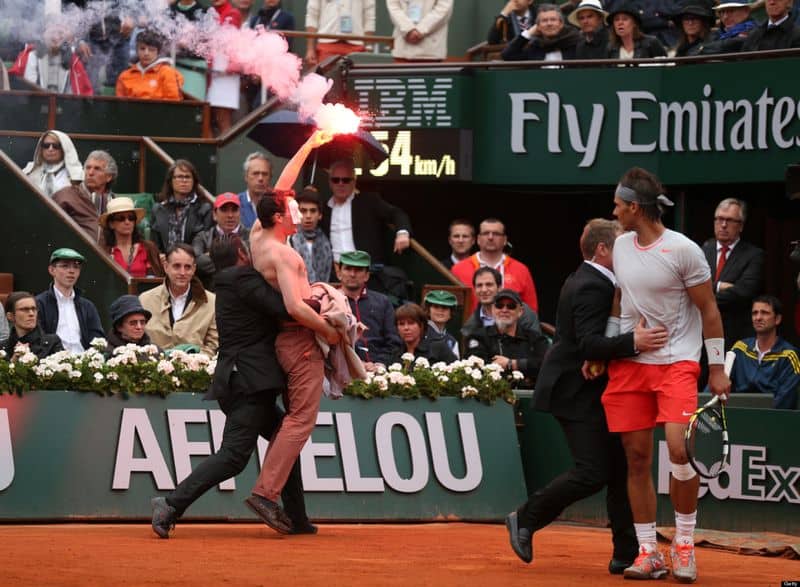 A group of anti-gay marriage protesters (one of them a shirtless, flare-carrying masked man) stormed the French Open today, startling players Rafael Nadal and David Ferrer.

Security guards quickly grabbed the protester and dragged him to the locker rooms as a surprised Nadal looked on. The unidentified man was one of several shirtless men who donned masks to protest France’s same-sex marriage law, which went into effect several weeks ago.

Two other protesters were escorted off the grounds after they unfurled a banner reading, “Help! France tramples on the rights of children!”

Watch video of the protest, AFTER THE JUMP.