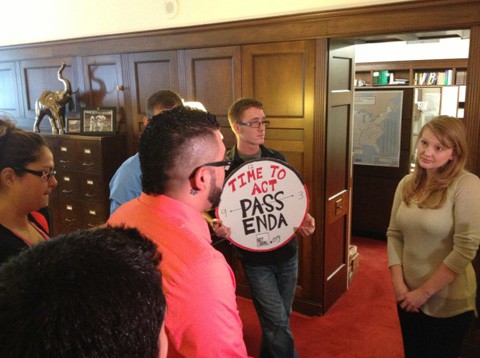 Arrests are being made at a GetEQUAL protest over the Employment Non-Discrimination Act (ENDA) at House Speaker John Boehner's office, according to Buzzfeed reporter Chris Geidner, who tweets these photos.

UPDATE: More from Geidner at Buzzfeed…

After several of the GetEqual activists told their stories of discrimination — or, in one case, a mother’s story about discrimination faced by her daughter — they then demanded that Boehner commit to holding a vote on ENDA in 2013. When told that their message would be taken to Boehner but no commitment was given, the activists began a sit-in in Boehner’s office.

After Capitol Police told the protesters that they could not yell or sit in Boehner’s office without the office’s permission, they went into the hallway. At that point, they sat down again and began chanting until officers began making arrests. 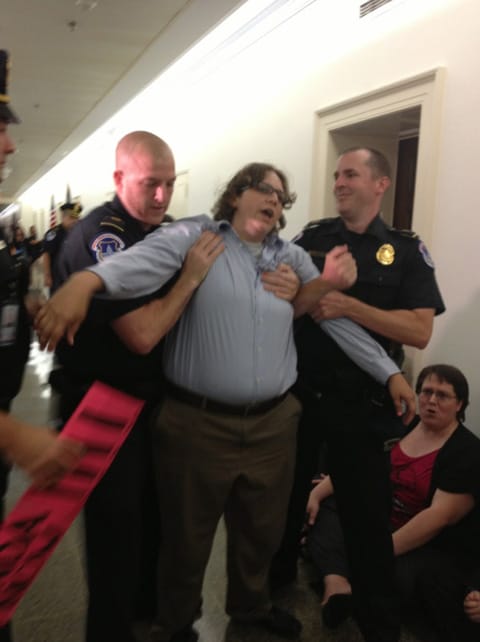