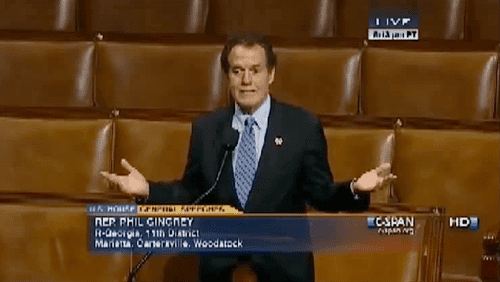 In a speech Monday, Rep. Phil Gingrey (R-GA) used Father's Day as a platform to push for gender stereotypes to be taught to American youths in grade school. That way, they can understand the roles of mothers and fathers and of the importance of only allowing opposite-sex couples to marry. Think Progress reports:

Gingrey stressed his continued support for the Defense of Marriage Act – which defines marriage as only a union between a man and a women – and suggested that children need to be carefully taught about the traditional roles of their genders.

Previously, ThinkProgress ranked Gingrey as one of the 7 most anti-gay U.S. Representatives.