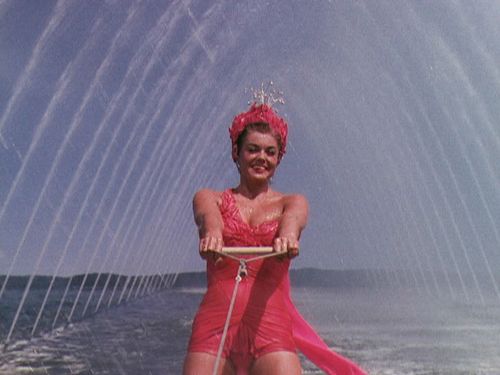 Esther Williams is dead at 91, the AP reports:

Williams became one of Hollywood's biggest moneymakers in the 1940s and '50s, appearing in spectacular swimsuit numbers that capitalized on her wholesome beauty and perfect figure. Such films as "Easy to Wed," ''Neptune's Daughter" and "Dangerous When Wet" followed the same formula: romance, music, a bit of comedy and a flimsy plot that provided excuses to get Esther into the water.