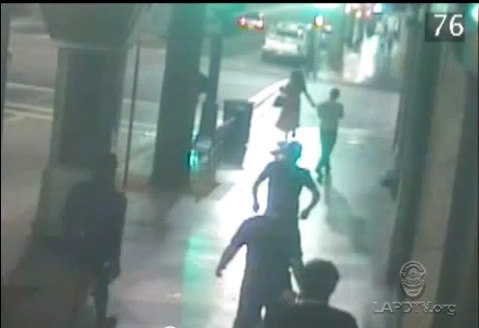 The Los Angeles Police Department has released a surveillance tape that shows a gang of men stalking and attacking a transgender woman and is offering a $25,000 reward for information leading to their arrest. The victim was hospitalized for a week with severe injuries, NBC Los Angeles reports:

The victim, known as “Vivian,” was assaulted while walking on Hollywood Boulevard about 2:15 a.m. on May 31, police said.The Los Angeles Police Department released security camera footage that shows multiple males chasing a woman in a red dress down a dark Hollywood Boulevard. The group is seen kicking the victim on the ground before running away. One of the suspected attackers was wearing a white tshirt with the letters YSL (Yves Saint Laurent), and black pants. 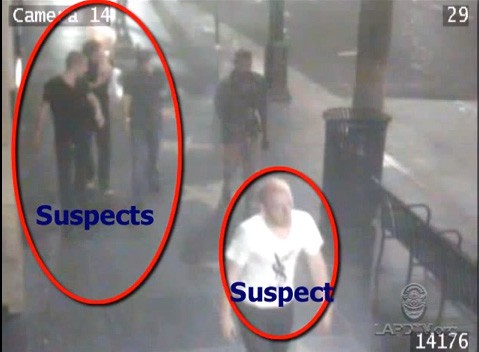