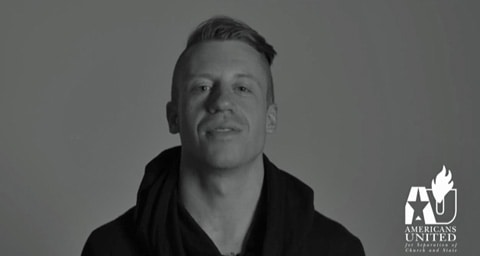 Macklemore calls for the government to support gay families in a new clip for Americans United.

Last week I posted another awesome clip in this campaign with Glee's Jane Lynch, and Jordan Peele, singing an epic break-up song. Don't miss it.