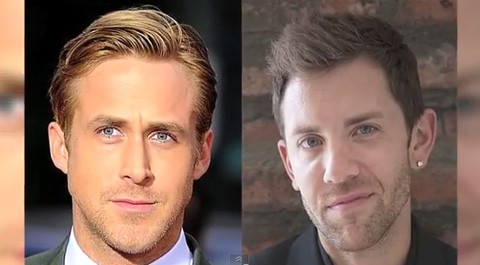 And it seems Nicholas is not the only one who aspires to that look. The surgeon says male patients often bring photographs of Ryan Gosling into his surgery.

'Ryan Gosling is the must-have face in America,' he says. 'He is considered to be the sexiest man in Hollywood, and it's not just his charming smile and blue eyes.

'Gosling's face is what I call an "architectural masterpiece" in terms of bone structure, including a squared-off appearance between the cheekbones and jaw bone.'

Just another day in Hollywood, AFTER THE JUMP…