Though none were initially thought to exist, French police reportedly have surveillance video which documents the fight with skinheads that killed gay rights activist Clément Meric in Paris three weeks ago. A radio station, RTL, reported on the existence of the video, The Local reports. 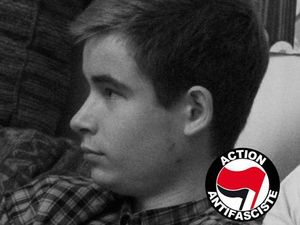 Meric was killed after an angry exchange of words between left-wing activists and right-wing skinheads when they met by chance at a private clothing sale in an apartment on Rue Caumartin in the 9th arrondissement of Paris on June 5th.

As the confrontation escalated, Meric was punched unconscious. He was pronounced brain dead in hospital the following day.

It was initially believed that there were no CCTV images of the attack, but now it has emerged that a street surveillance camera belonging to transport company RATP, captured the fatal clash.

According to RTL, the video appears to show that Meric confronted his attacker, apparently intending to strike him. As he approached, the alleged attacker turned and threw a punch, striking Meric in the face. The blow knocked him unconscious.

He immediately fell to the ground but did not receive further punches and kicks as he lay on the ground as was initially believed, RTL claims.

Listen to the RTL claims (in French), AFTER THE JUMP…

Previous Post: « Song for a Steamy Day: Empire of the Sun’s ‘I’ll Be Around’: LISTEN
Next Post: Here’s a ‘Fur’ Coat Made from More Than a Million Male Chest Hairs: PHOTOS »