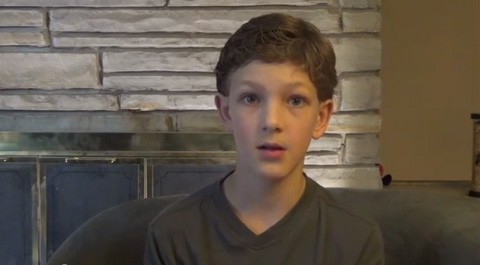 Marcel Neergard, an 11-year-old gay student from Oak Ridge, Tennessee is speaking out in a powerful video against his state's 'Don't Say Gay' bill, and one of its proponents, Oak Ridge Representative John Ragan.

In the video, accompanied by his parents, Neergard talks about realizing when he was gay and the dangers of the bill, and the dangers kids face when other kids aren't educated:

"You have parents who don't want to talk about gays and dont want to teach their children about gays, then they don't know anything about it and they don't get the education about what being gay is."

Neergard has set up a petition asking StudentsFirst to rescind their honor of educational "Reformer of the Year" bestowed upon John Ragan.

Neergard has also published an accompanying op-ed in the Huff Post.

During my first year in middle school, I experienced severe bullying. I was called terrible names that were quite hurtful. At that time, I had just realized that I'm gay, and the bullies used the word "gay" as an insult. This made me feel like being gay was horrible, but my parents told me otherwise. Their support was tremendous. But as powerful as their love was, it couldn't fight off all the bullying. I don't want anyone else to feel the way I did. No one deserves that much pain, no matter who they are. This was my reason for writing the petition. 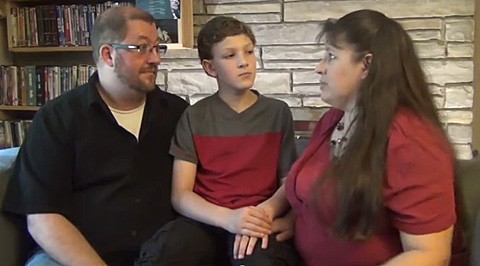 Previous Post: « Boston Police: Gay Men Being Drugged, Robbed in Their Homes
Next Post: Chicago Cabbie Tells Gay Couple to Get Out of Taxi on Expressway for Kissing: VIDEO »