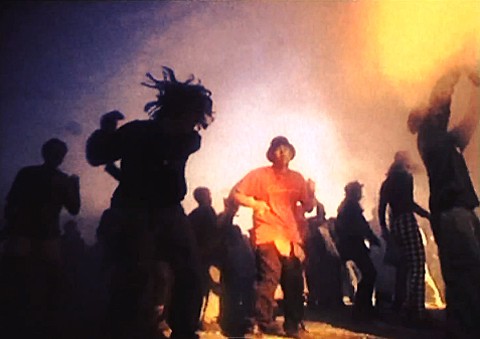 The Pet Shop Boys have just released their video for the Stuart Price-produced track "Vocal" off their upcoming album Electric.

Write the PSB on their site:

This short film has been produced and directed by the filmmaker and photographer, Joost Vandeburg. He has created it using authentic amateur film footage shot at various raves in the late 80s, along with some footage from the Haçienda in Manchester. The video (and the song) was inspired by the way British youth at this time found its own freedom with a new culture epitomised by dance music and raves: "It's in the music/It's in the song/And the feeling of the warmth around us all is so strong."