A group of Russian villagers have killed a 39-year-old man in the Russian region of Kamchatka for being gay in the second fate hate crime in Russia in recent weeks, AFP reports: 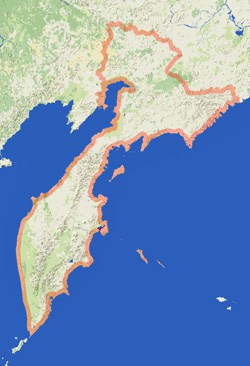 The suspects, three men in the village of Zaporozhye, allegedly killed a man on Wednesday "because their fellow villager had a non-traditional sexual orientation," the Investigative Committee said in a statement, using a euphemism for gay.

"The victim died at the scene from his injuries. Then the suspects tried to cover up the crime by putting the body in his car, pouring on petrol and setting it alight," investigators said.

The three men have been detained.

Even though the investigators confirmed that the attack was believed to have been driven by homophobia, in a rare admission from officials on the sensitive issue in Russia, the suspects are being investigated for murder, not for a hate crime.

The victim was the deputy director of a local airport.

Officials reported on Friday holding a 21-year-old employee of a fisheries firm in connection with the killing, but did not at that time mention a possible motive for the crime.

The incident is not the first suspected hate crime against gay men in recent weeks in Russia. Last month, investigators in the southern city of Volgograd opened a probe into the death of a 23-year-old man, whose body was covered with various injuries.

"Now the deputy director of an airport has been killed in Kamchatka. Because he was gay. And it's going to get worse," Nikolai Alexeyev, Russia's most prominent gay rights activist, said on Twitter.

Critics say the bill would effectively ban gay rights rallies and events. Alexeyev has said it is part of a "homophobic policy" that is giving Russians carte blanche to attack gays.