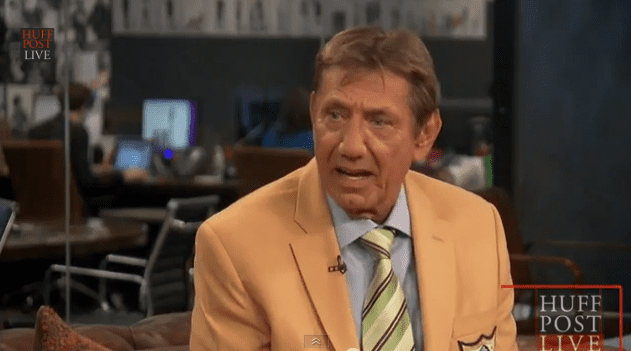 Joe Namath appeared on HuffPost Live and told the interviewer that while he says he doesn't know which of his former teammates were gay, he did have a message for those who might be anti-gay:

"I have friends that are gay. I've worked in theater, I've been in art, you know, for some time. We work shoulder to shoulder. There's a lot of love from me to them, too. That's life, you know. And if you've got a hangup about it, I hope you can get over it because it's real."