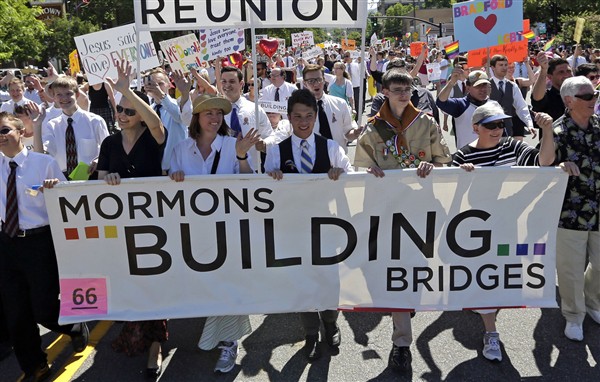 Some of those Scouts explained the importance of marching in the parade to NBC News: 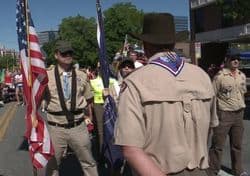 "It just feels like the right thing to do," Kenji Mikesell, an 18-year-old Eagle Scout and high school senior still active with his troop, said before leaving for the parade in Salt Lake City.

"It's kind of a way of saying we want you here,” added Mikesell, who marched with Mormons Building Bridges and whose troop is chartered by The Church of Jesus Christ of Latter-day Saints. “Scouting has been a very positive influence in my life, and I'd like to see more people take advantage of it now that the ban has been lifted.”

Peter Brownstein, a Scoutmaster who helped organize the Boy Scouts participation in the march, said a few adults and youth marched at the front of the parade in uniform, including a Cub Scout, an Asst. Scoutmaster, and a father and son team.

According to Fox13 News, The Great Salt Lake Council has stated that Scouts who marched in today's event will not lose their membership.

Watch video of four Scouts take part in the color guard at the pride parade, AFTER THE JUMP.