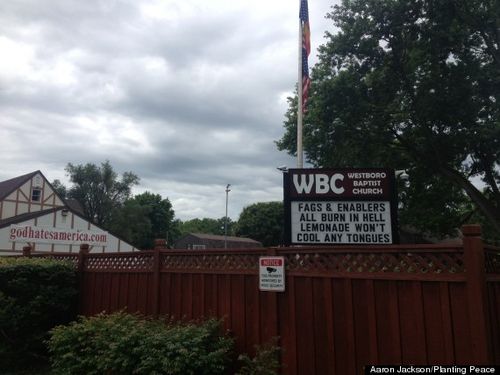 The Westboro Baptist Church has officially responded to the threat of a five-year-old girl's lemonade stand. Their message: "Fags and enablers all burn in hell. Lemonade won't cool any tongues." 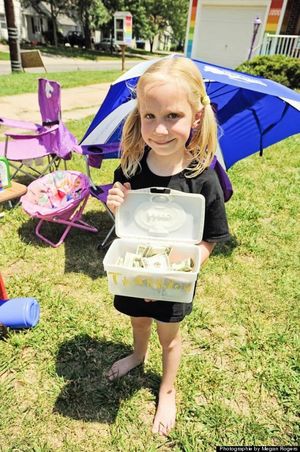 You understand that, Jayden Sink? The WBC does not want anything to do with your fruity beverage. No way, no how. (That's her on the right—probably the cutest kid in the world.)

It appears, though, that others in the neighbourhood (and around the world) are quite supportive of Jayden's efforts. To date she has raised over $20,000 for the organization Planting Peace through lemonade sales and an online Crowdrise campaign. Planting Peace bills itself as an organization with a goal of simply spreading peace in whatever way possible. One peace-spreading idea of their's was to buy a house opposite the WBC compound and then paint it rainbow colors. It was this house where Jayden set up her controversial lemonade stand.

Towleroad previously linked to coverage of the lemonade debacle when WBC members purportedly called the cops swore at those who dared to buy the lemonade.

If anything can be said of WBC members, at least they're consistent in their awfulness.

In other Equality House news, two lesbians will be getting married on the lawn of the house opposite the WBC.

Kimberly Kidwell and Katie Short will be married this Saturday by a Unitarian minister, despite same-sex marriage being illegal in Kansas.

From the Topeka Capital-Journal:

Jackson said Planting Peace hopes publicity surrounding the ceremony will send a signal to the U.S. Supreme Court as it decides two key cases regarding the constitutionality of gay marriage.

“We would like marriage equality, and we don’t think people should be treated as second-class citizens,” Jackson said.

He said Planting Peace sent out a message on social media outlets asking if any same-sex couples would like to be married in front of Equality House, and it received about five responses.

Jackson said Planting Peace learned more about each couple before deciding that Kidwell and Short, who have been together five and a half years, “sounded like a good fit.”