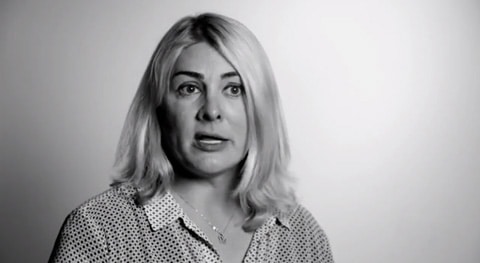 Mia Macy's position with the Bureau of Alcohol, Tobacco, Firearms, and Explosives in California was mysteriously "eliminated", and hers is just one story in a narrative of discrimination against LGBT citizens around the country.

The veteran and police officer had a strong hunch why: she had told the bureau that she was transitioning to become a woman. Without a job, she was soon ruined financially, losing her family's home to foreclosure. But Macy has no legal recourse.

Macy is the first person spotlighted in a new series by the Center for American Progress, a liberal think tank, as part of its campaign for Employment Non-Discrimination Act, or ENDA, a federal bill that would ban discrimination against gay, lesbian, bisexual, and transgender Americans (watch the full video below). Currently, it's legal in 29 states to fire someone for being gay, and while California bans transgender discrimination, federal law doesn't (and Macy was seeking a federal job.)

Previous Post: « Gay Indiana Teen Settles Bullying Lawsuit Against School District
Next Post: Charlie’s Gay Daughter to Show Up Soon on ‘Two and a Half Men’ »