Advocacy groups denounce threats to Haiti's small gay community. "Attorney Mario Joseph and gay rights advocate Charlot Jeudy told a news conference that people who are gay or lesbian should be able to live freely without being harassed or attacked." 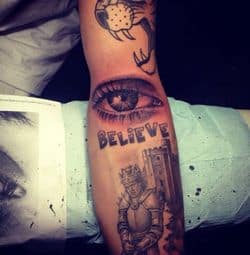 Justin Bieber's mom has an eye on him.

If you've never seen the documentary about Edie Windsor, Edie and Thea, A Very Long Engagement, it's playing tonight at Dixon Place in NYC.

Glee writers hold emergency meetings about where to go without Cory Monteith.

Paris Hilton is taking up residence as a DJ in Ibiza.

The police probably have photos of you in your car. 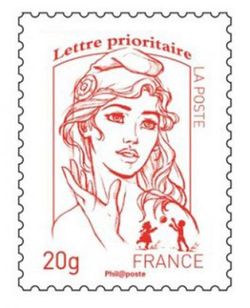 French far-right furious about new stamp inspired by founder of pro-gay activist group Femen: "Femen's most high-profile protests in France have targeted the street demonstrations against same-sex marriage. It also recently staged an anti-fascist protest in Notre Dame cathedral and attempted to ambush the French president at an airshow."

Lesbian couple shows up at UK fire station cuffed together: "Two women in their 20s turned up at their local fire station in the northern town of Halifax at 1:30 a.m. Thursday after losing the key to the toy cuffs. The red-faced pair begged firefighters to remove the shackles, which were starting to cut into their hands."

Federal government cancels scores of deportations in Arizona: "The decision for ICE to exercise prosecutorial discretion for these immigrants living in one of the most anti-immigrant states shows not only its commitment to stop the deportation of low-priority undocumented immigrants, but its close scrutiny of arrests made by Maricopa County Sheriff Joe Arpaio."

Brad Pitt has returned to his Fabio look. 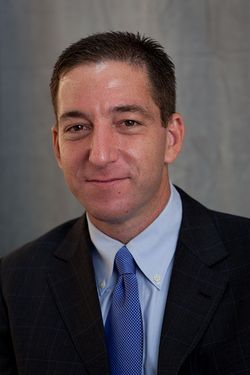 Glenn Greenwald gets book deal for tome on Edward Snowden and the NSA story: "Sara
Bershtel, publisher of Metropolitan Books, an imprint of Henry Holt,
made the announcement late Wednesday that the as-yet-untitled book will
be published in March. According to the publisher, it will 'contain new
revelations exposing the extraordinary cooperation of private industry
and the far-reaching consequences of the government’s program, both
domestically and abroad.'"

Reza Farahan comments on Jewish families leaving over the decision by Rabbi David Wolpe of Sinai Temple in Westwood, California to begin conducting same-sex marriages: "If you ask me, good riddance!" says Farahan, who's not a member of the congregation. "The fewer ignorant Persians congregating in one place, the better. The fact is, most Persians in L.A. forget what life would be like back in the 'homeland.' "