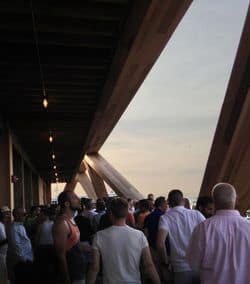 The Awl takes a thorough look at the new Pavilion at Fire Island Pines.

Experts map out the extent of elephant poaching in Africa, and it's horrifying.

Gay rights likely to be major part of Anthony Kennedy's legacy: "A hundred years from now, histories of the court will treat Justice Kennedy with respect to gay rights the way we think of Earl Warren with respect to racial equality," said Michael Dorf, a Cornell Law School professor and a former Kennedy clerk.

You can listen to David Lynch's new album in full at Pitchfork. 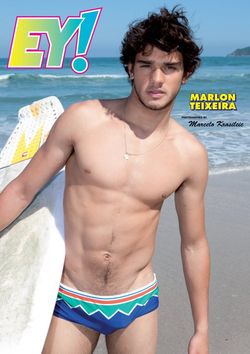 Ernst & Young's new branding issue: "A Google image search of 'EY' brings up photos of young male models clad in low-cut briefs, right alongside the Ernst & Young logo and some exterior shots of the company’s offices."

UK AIDS charity: Very few men are 'bug chasers': “We are aware of a tiny minority of people who meet online to discuss bug chasing as a sexual a fantasy, but the reality is that very few will act on this in the real world. We recommend that gay and bisexual men protect themselves against HIV and other sexually transmitted infections by using condoms.”

Morrissey fights foie gras with payout: "Morrissey has donated £10,000 paid by Channel 4 for the unauthorised use of a Smiths song to fund a campaign attacking Fortnum & Mason for selling foie gras. Channel 4 failed to ask Morrissey's permission to use the Smiths song Please, Please, Please Let Me Get What I Want when promoting the Gordon Ramsay's Christmas Cookalong Live show in 2011. The broadcaster is understood to have paid £10,000 to Morrissey in recognition of its error, and he has donated the money to the animal rights charity People for the Ethical Treatment of Animals (Peta)."

Republicans begin casting Hillary Clinton as a 'has been'. 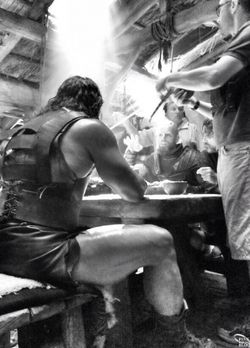 Chris Colfer steps out with his boyfriend Will Sherrod.

UK B&B owner who turned away gay couple loses appeal: "Mr Black, 64, and Mr Morgan, 59, from Brampton near Huntingdon, had booked and paid a deposit for a double room at the Swiss Bed and Breakfast in Cookham. When they arrived, Mrs Wilkinson made it clear she was not prepared to allow them to share a double bed, and that she would not accommodate them. Ms Wilkinson, a Christian, said her religious beliefs dictated her decision."