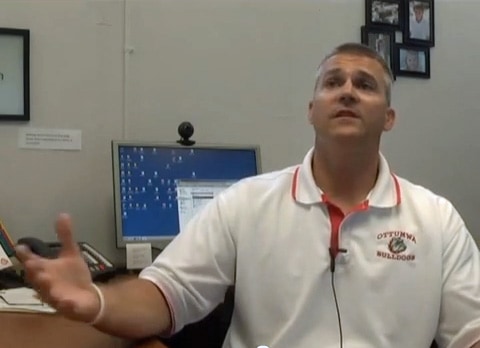 A high school principal and superintendent in Ottumwa, Iowa are denying the students the right to perform The Laramie Project, Moisés Kaufman’s play about the hate crime murder of gay Wyoming teen Matthew Shepard. 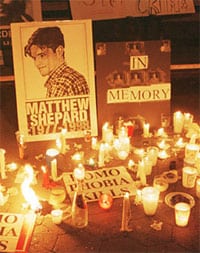 Watch The Heartland’s Connection report on the controversy, AFTER THE JUMP…

“None of us can understand why they are shying away from it,” said Jordan Young, 16, a student who is secretary of the OHS drama club. “The principal [of OHS] wants to get away from bullying, and he has initiatives he really [pushes]. So to hit so hard on a show that addresses bullying, it makes no sense.”

She said other students she’s met with feel similarly.”We were all confused more than anything,” she said. “We didn’t understand what was wrong with it. The planning started in October of last year. We have auditions in a month and a half!”She said students believe the problem lies in the subject of the play.

OHS Principal Mark Hanson denied the play from being performed through the school’s drama department.We reached out to Principal Hanson but he did not want to go on camera but he said “the play is too adult for a high school production but it does preach a great message.”

The Matthew Shepard Foundation released a statement, which reads, in part:

This is not a play about being gay, or promoting anyone being gay; it’s about being targeted, hurt, murdered for being different, or perceived to be different, whatever that difference may be – and how this affects the community.

It is regrettable that the administration decided not to take the lead to provide their students and their community such an important learning opportunity, and instead is focused on a desire to show off their auditorium in what they feel is a “family-friendly” manner. We respectfully suggest that the main mission of a school district is to educate, not to entertain.

Watch The Heartland’s Connection report on the controversy, AFTER THE JUMP…