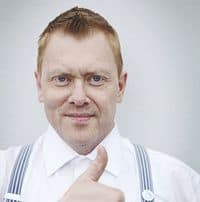 The proposal was put forth during a City Council meeting yesterday, Vísir reports. Should the proposal pass it would effectively terminate all political and cultural relations between Reykjavík and Moscow.

“In light of the developments that have taken place in recent years in matters of gay, bisexual, and transgender people in Russia, the Human Rights Office and the Mayor’s Office have entrusted the deputy mayor to propose amendments to the existing agreement between the two cities or terminate it all together following consultation with the Foreign Ministry,” read the minutes from the City Council meeting.

In 2007 Reykjavík and Moscow became sister cities, an agreement that would see the municipalities exchanging information, and cooperate on policies regarding youth and family.

The severing of the relationship will require oversight from the Foreign Ministry, they report.

You may recall that in 2010 Gnarr donned a dress, wig, and make-up to ride in the city's Gay Pride parade, and joined a protest agains the imprisonment of three Pussy Riot rockers in Russia.