I am pleased to welcome guest columnist, Brian Chelcun, a graduate of N.Y.U. Law School and a friend, who both conceived of and principally drafted today's installment of "What's Next." Towleroad is honored to have the benefit of his keen insight. The "What's Next" series takes an in depth look at marriage and gay rights, in general, after the Supreme Court's momentous rulings striking down the Defense of Marriage Act and Prop 8. Today's column looks at Justice Alito's dissenting opinion in Windsor. 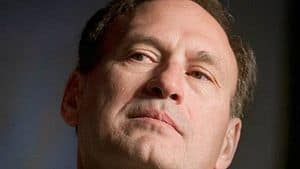 "Traditionalmarriage has been around for thousands of years. Same-sex marriage is very new…[You] want us to step in and render a decision based on an assessment of theeffects of this institution which is newer than cell phones or the Internet?"

Last week we discussed Justice Scalia’s dissent, a sloppy, berating conceit lambasting what he perceived as judicial activism and warning (again)about the impending extension of marriage equality across the country. Justice Alito’s dissent is a little different: it's a little less bombastic and focuses mainly on the "newness" of theinstitution of same-sex marriage. But, like Justice Scalia's, Justice Alito's dissent doesn't stand up to scrutiny.

He repeatedly invokes the phrase "same-sex marriage," a term that is often used as shorthand for marriage equality. It seems innocuous enough, and many advocates have probably used it in conversation to avoid more tongue-twisting phrases such as "marriage for same-sex couples." So why is Alito wrong to use it (over, and over, in his dissent), and why should we avoid it as well?

Continue reading AFTER THE JUMP to see how Justice Alito’s assessment of "same-sex marriage" is flawed, anddoesn't appreciate what Windsor v. UnitedStates and the marriage equality battle are really about. His dissent serves as atimely reminder to those of us who are continuing the fight to expand marriageequality about how important the phrasing of a few words like "same-sexmarriage" can be. 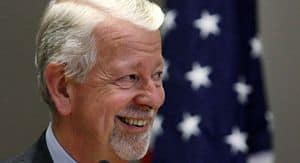 InJudge Vaughn Walker's opinion in the first round of the Perry litigation, the case that overturned Proposition 8 inCalifornia, he described what the two same-sex couples in that case were seeking assomething that was not new or different, but rather what opposite-sex couplesalready have –- recognition of their relationships "for what they are: marriages."

By contrast, Justice Alito sees "traditional" marriage, which is "intrinsically opposite-sex," as afundamentally different institution from "consent-based" marriage, whichincludes "same-sex marriage." The rightto marriage, he suggests, may be worthy of constitutional protection, or inSupreme Court jargon, a "fundamental right … deeply rooted in this Nation'shistory and traditions." But, he ultimately concludes, "itis beyond dispute that the right to same-sex marriage is not deeply rooted inthis Nation's history and tradition." Therefore, he argues, Edie Windsor was seeking a "very newright" that unelected judges should resist recognizing in deference to thelegislative will of the people.

Thisdistinction between opposite-sex and same-sex marriage is artificial and wrong,and harmful to the marriage equality movement. It matters not just in public opinion, where opponents use "gaymarriage" instead of "same-sex marriage" as a derogatory expression ofinequality, an implication that same-sex couples' marriages are different from those of opposite-sex couples.  It also mattersin the legal world, as Justice Alito's passage demonstrates.

Abrief Supreme Court primer: when the Court views a right as fundamental to ourindividual liberties, it will closely scrutinize any law that interferes withthat right. Recall our earlier discussions of levels of scrutiny as akin to hurdles on a racetrack: the higher the hurdle, the harder to jump over; the higher the level of scrutiny, the harder it will be for a law to pass constitutional muster. So, the Court is far morelikely to strike down a law interfering with a fundamental right, for examplethe right to use contraception, than if a law interferes with a non-fundamentalright, for example a right to smoke marijuana.

When (not if) a marriage equality case returns to the Court to decide ifstates like Texas or Alabama are constitutionally required to allow same-sex couples to marry, it may turn onwhether those states can come up with compelling reasons for their laws; ifmarriage equality is considered a fundamental right, the states' reasons willhave to be far more compelling, and they will be unlikely to succeed.

TheSupreme Court decides whether or not there is a "fundamental right" protected by the constitution by looking to "historyand tradition," as Justice Alito referenced in his dissent, to see if societyhas generally protected that right. Andhere is where the distinction between "marriage" and "same-sex marriage" becomes crucial.

Underthis framework, Justice Alito looked specifically at a right to "same-sexmarriage" as the appropriate analysis in Windsor,rather than a general right to "marriage." Of course the problem is that Alito is correct when he frames the case in this narrow way — there is in fact a long history of protecting marriage (including severalprior Supreme Court cases), but only a modest and recent tradition of "same-sexmarriage." Indeed, newer than cellphones or the internet! Thus, there could be no fundamental right for same-sex couples tosame-sex marry under Justice Alito’s approach.

That’sthe doctrine in legalese, but we don’t think it takes a lawyer to see, or atleast feel, that there's something deeply wrong with this approach. By examining the right to marry as "same-sexmarriage," Justice Alito looked to our history and traditions not only todetermine what right Edie Windsor wasasserting (the right to marriage) but also whogets to exercise it (only opposite-sex couples). Simplyput, that's not how fundamental rights should work. If there is a history and tradition ofdiscrimination against someone, denying a group their ability to exercise afundamental right, the Court is supposed to rectify that, not ratify it; but byconsidering both what and who, Justice Alito would say thatdecades of discrimination against same-sex couples are part of our history andtradition, and should thus continue.

This is precisely what the majority did in Bowers v. Hardwick, the infamous case allowed states to criminalize same-sex sodomy: instead of recognizing that what was at issue in the case was the liberty of gay persons to express themselves intimately, a right shared by heterosexuals and gays alike, the majority framed the debate as one of whether the Constitution protected a fundamental right to "same-sex sodomy." Did the Constitution give us a right to gay sex? Of course not, when framed in those terms. The Bowers Court defined fundamental rights based on what right was being asserted and who was asserting it, thus perpetuating the discrimination embodied in anti-sodomy laws. 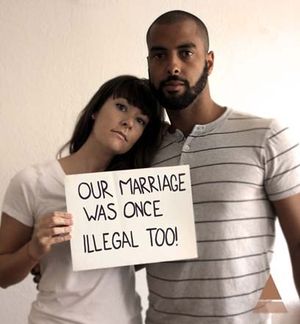 Justice Alito is, quite simply, wrong. Once a right is fundamental, it is presumed fundamental for everyone. It didn’t matter that there was nodeep-rooted history of "interracial marriage" in 1967; the Supreme Court heldin Loving v. Virginia that Virginia'santimiscegenation law violated a right to "marriage." And it's irrelevant now that there's notradition of "same-sex marriage" in 2013 because, as Judge Walker noted, thisisn't about the who but about the what. What's at stake is marriage. Historically, same-sex couples have been discriminated against and notallowed to marry.  The Court cannot invokethat history of discrimination to say that there is no history of a right tosame-sex marriage!

All of this hinges on a fewkey words, and whether the subject of the marriage equality battle is phrasedin a way that makes our rights different — "same-sex marriage" — or equal — "marriage." Justice Alito should havebeen more careful in his analysis, and his dissent serves a reminder to us allthat words matter in public debate and in legal analysis. So the next time you catch yourself saying "same-sex marriage," try to use something like "marriage equality" or "marriagefor same-sex couples" or simply "marriage" instead. Because while same-sex couples' ability tomarry is indeed a more recent development than cell phones or the iInternet,our right to marry is just asdeeply rooted in the constitutional principles of equality as everyone else's.

Brian Chelcun is a 2013 graduate of New York University Law School. This column comes largely from a symposium piece he published in the N.Y.U. Review of Law and Social Change.

Previous Post: « Ballot Proposal To Overturn Florida’s Ban On Gay Marriage Unlikely To Appear In The Near Future
Next Post: Seattle’s Highest Skyscraper Blocks Gay Sites Like Joe. My. God, It Gets Better, and Towleroad »