With the march toward marriage equality advancing throughout the country and the world, the American Civil Liberties Union is looking to force the state of Nebraska to follow suit with a new lawsuit challenging the state's ban on gay foster parents. Since the year 1995, the state has banned unmarried, unrelated adults who live together from being considered as foster parents. The policy also bars "persons who identify themselves as homosexuals," regardless of whether they live with a partner. Hopefully, that discriminatory policy will come to an end after more than a decade in existence.

ACLU Nebraska is filing the suit on behalf of three same-sex couples, all three of whom wish to become foster parents. The group also plans to hold a press conference tomorrow morning, during which three of the plaintiffs, Joel Busch, Lisa Blakey and Greg Stewart, will be present. 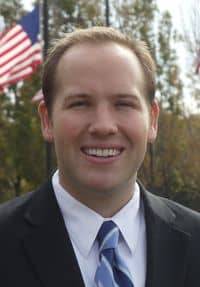 The ACLU's suit goes in hand with a bill recently proposed to the state legislature by State Sen. Jeremy Nordquist of Omaha. The bill seeks to ban discrimination on the basis of sexual orientation, as well as some others, by state and private adoption services. The state Judiciary Committee has advanced a modified version of the bill, which will be considered by the state legislature at the end of this session. According to Omaha.com:

"The amended bill would allow gay and lesbian couples to be foster parents only if they were relatives or had a previous 'significant' relationship with the child needing a foster home. Nordquist argued the original bill would help address the shortage of foster homes in Nebraska. He said the amended bill has a better chance of passing in the Legislature, yet still recognizes that children are better off living with relatives or people they know."