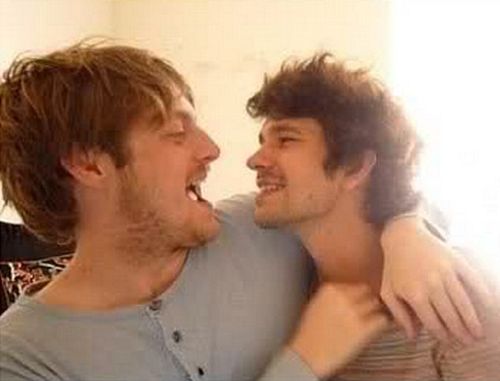 British actor Ben Whishaw (right, Skyfall, Brideshead Revisited, Cloud Atlas) has confirmed he's gay via a statement from a publicist about his marriage to his partner, Australian composer Mark Bradshaw, which took place nearly a year ago. Up till now it was thought Whishaw was gay but never confirmed because of the actor's hesitancy to discuss it.

Speculation was sparked by an interview he gave to the gay magazine Out in March 2011 while playing a homosexual character in an off-Broadway play, The Pride.

When the interviewer asked whether it was important for young gay people to have positive role models, Whishaw replied: ‘I feel in my heart that it’s important, but I don’t quite know yet the way to go about that. Maybe that’s the transitional thing I feel I’m in the middle of at the moment.’

Last night Whishaw’s spokesman confirmed the civil partnership, saying: ‘Ben has never hidden his sexuality, but like many actors he prefers not to discuss his family or life outside of his work.

‘Due to speculation, I can confirm that Ben and Mark entered into a civil partnership in August 2012. They were proud to do so and are very happy.’