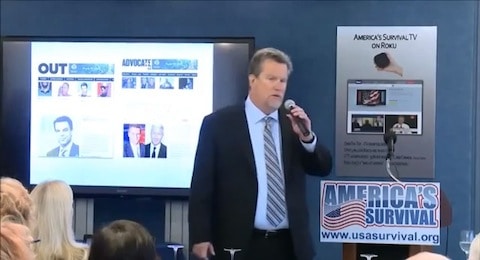 Cliff Kincaid of the misnamed Accuracy in Media and president of America's Survival, Inc. is calling for Fox News host Shepard Smith to come out of the closet. Having been called one of the most powerful homosexuals in the major media by Out magazine and The Advocate is enough to convince Kincaid of Smith's orientation, and the fact that Smith never asked for Out or The Advocate to retract those designations just proves it even more, evidently. That Smith condemned the Chik-fil-A Appreciation Day is just another nail in the coffin. 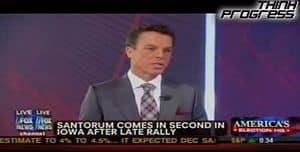 Kincaid himself wouldn't suffer such an attack on his character.

Now I don't know about you, but if I was listed as one of the most powerful homosexuals in the media […] I would probably sue for defamation and collect a lot of money.

Though a completely rational and not at all specious response, Kincaid would have a hard time with the lawsuit given that being called gay in and of itself is not grounds for defamation.