Two LGBT heroes are among 16 recipients of the Presidential Medal of Freedom announced today by President Obama. The award is the nation's highest civilian honor, presented to individuals who have made especially meritorious contributions to the security or national interests of the United States, to world peace, or to cultural or other significant public or private endeavors. 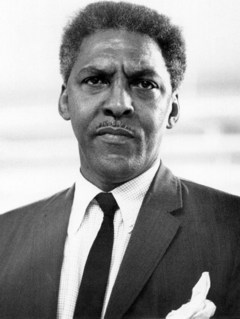 From the White House announcement:

Sally Ride was the first American female astronaut to travel to space.  As a role model to generations of young women, she advocated passionately for science education, stood up for racial and gender equality in the classroom, and taught students from every background that there are no limits to what they can accomplish.  Dr. Ride also served in several administrations as an advisor on space exploration.

Bayard Rustin was an unyielding activist for civil rights, dignity, and equality for all.  An advisor to the Reverend Dr. Martin Luther King, Jr., he promoted nonviolent resistance, participated in one of the first Freedom Rides, organized the 1963 March on Washington for Jobs and Freedom, and fought tirelessly for marginalized communities at home and abroad.  As an openly gay African American, Mr. Rustin stood at the intersection of several of the fights for equal rights.