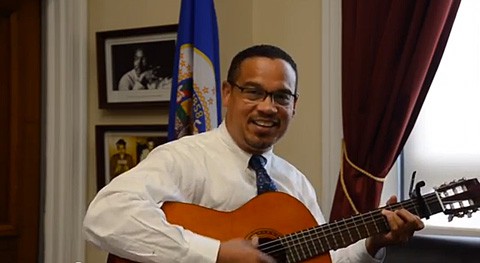 Marriage equality became a reality in Minnesota yesterday and  Rep. Keith Ellison took to YouTube to celebrate with a rendition of "This Land Is Your Land".

“I mean a year ago it looked like [there might be] a constitutional amendment in the state of Minnesota barring people from marriage equality and now here we are today, not just celebrating the defeat of the anti-marriage amendment, but the success of marriage equality. I think that’s something to rejoice about…It was a massive effort from diverse parts of the community and it succeeded so. It means that America’s a little freer, a little fairer, a little more equal, a little more accepting of all people. I think that’s worth celebrating.”