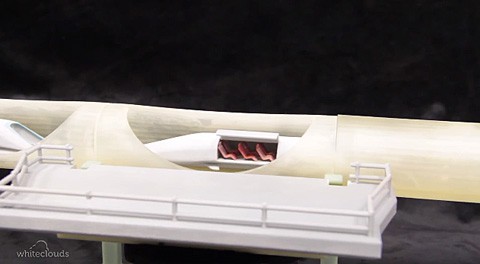 There has been a lot of talk about Elon Musk's Hyperloop public transportation concept that would shuttle folks from NYC to LA in under an hour. The folks at 3-D printing company showed off the amazing stuff 3-D printing can do by building a scale model based on images released by Musk.

In related news, 3-D printing company MakerBoy has just opened up pre-orders for the first consumer Digitizer Desktop 3D Scanner, a laser-equipped 3D scanner that allows you to easily convert real-life objects into 3D models. It retails for $1,400 and ships in mid-October.

Check both out, AFTER THE JUMP… 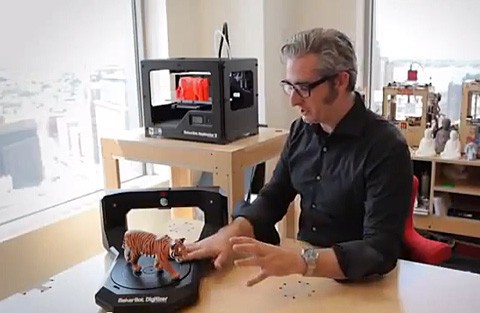 Previous Post: « Why Did Steve Grand Get Kicked Out of a Madonna Concert? – VIDEO
Next Post: Richard Simmons’ ‘Hair Do’ Video Will Knock Your Wig Off: VIDEO »