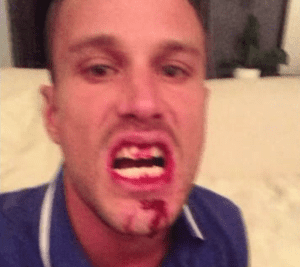 Russia, Uganda, Jamaica, Pakistan…all countries that have made headlines with anti-gay violence and hatred just this month alone. Yet, with all of the blatant and often-institutionalized homophobia taking place around the globe, it can sometimes be easy to forget that some of the same hatred is still happening on our own soil…even in cities and neighborhoods that are traditionally considered "gay friendly".

That's the argument made by Frank Bruni in his New York Times opinion column "Gay and Fearful". In it, he describes the sensation of holding his partner's hand in public while walking down the streets of New York City:

"Your heart rate goes up a nervous notch or two. It’s not shame that does this. It’s not embarrassment. It’s the awareness that even in Manhattan and even in 2013, you might easily encounter someone who will cast a disgusted look your way. Or say something nasty. Or, worse, throw a punch." 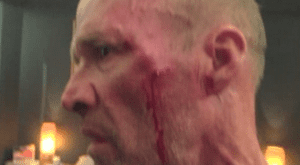 Of couse, Bruni's apprehension is not without reason. Just this Tuesday, two gay men were assaulted in Chelsea by a group of attackers, just because they were holding hands. Anyone familiar at all with NYC can tell you that Chelsea is traditonally seen as a gay-friendly neighborhood. Let's also not forget the fatal shooting that took place earlier this year in another traditionally-gay-friendly neighborhood in New York City. That attack was one of several that took place within the span of just a few weeks.

"As best I can tell, police responded with concern and energy. Exactly as I’d expect, most New Yorkers whose attention was drawn to this rash of violence reacted with sorrow and outrage. We live in a city—and, I hope, a country—where the vast majority of people do not believe that being gay warrants victimization. This isn’t Russia. This isn’t Uganda."

Yet, despite the fact that same-sex couples now reap the benefits of marriage equality in the state, and despite the fact that most seem to support the basic human rights of LGBT people, gay New-Yorkers such as Bruni are still forced to be vigilant and aware of their surroundings. Such a reality is one that continues to haunt many a minority group even after legislation is passed, and illustrates how obtaining legal recognition and protection is only part of the battle for full equality.