Affleck, Cavill in fan-made trailer for the sequel to Man of Steel. 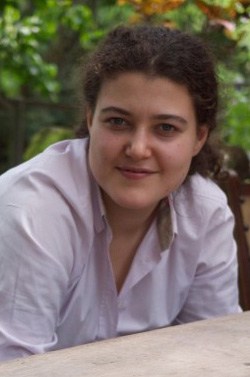 A gay Russian coffee shop owner speaks out against the anti-gay law:
"As for me personally, one of the main feelings that I carry throughout
my life is insecurity. All Russians are very uncertain of what is going
to happen tomorrow but with me as a lesbian it is even more so. May be
you don’t know that in the autumn the Russian Parliament (Duma) is going
to pass a law which will let local authorities to take away children
for adoption from gay families. In my book this is called fascism."

Cyndi Lauper was not amused by Miley Cyrus.

CBS News correspondent Bruce Dunning, who reported "the last flight from Da Nang", dies at 73: "Dunning is survived by his life partner, the artist Tetsunori Kawana; a brother, Alan, and his sister-in-law, Anne, who live in Manhattan."

Madonna's son Rocco wants to be a rapper.

Jennifer Hudson had a "great time" performing with Macklemore at the VMAs. 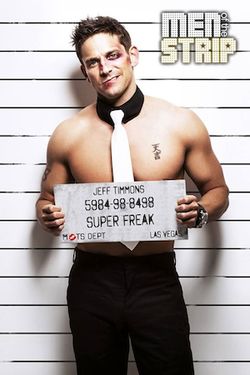 White House mum on bisexuality roundtable:
"The White House’s Press Secretary has no information about a
roundtable meeting taking place next month. With a handful of President
Obama’s friendliest (read: influential, read: monied) LGBT donors, and
maybe invited guests (we wouldn’t know since that list hasn’t been
revealed). Who are all presumably vetted well in advance."

Does pro-gay mayor Cory Booker have an anti-gay pastor problem? “One of the prominent pastors of Booker's longtime church, the Metropolitan Baptist Church in Newark (who has introduced Booker at at least one National Day of Prayer event that was held on the steps of Newark City Hall), is an apostle in the virulently anti-LGBTI International Coalition of Apostles and his colleagues include Cindy Jacobs, Bishop Harry Jackson, Lou Engle, Ed Silvoso, and Bishop Julius Oyet—who claims to have helped conceive Uganda's Anti Homosexuality Bill and even picked David Bahati to introduce it in Uganda's Parliament."

Matt Bomer looking sharp with Mark Sheppard on the set of White Collar. 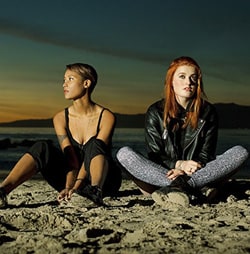 ancer-stricken New Mexico woman marries partner of 21 years: "I cried a lot. But I was so privileged to being able to  officially  and completely be recognized as her wife."

Ohio State may name hospital emergency room after Abercrombie & Fitch:
"The name is a nod to the more than $10 million the New Albany-based
company has given the medical center in recent years, said Bob Mackle, a
medical center spokesman, and for helping to create the Abercrombie
& Fitch Chair in Inflammatory Bowel Disease faculty position."

Previous Post: « President Obama Speaks at the 50th Anniversary of the March on Washington: VIDEO
Next Post: Towleroad Guide to the Tube #1419 »