President Obama has announced the leader of its new independent committee that will be investigating potential ethics violations by the nation's surveillance programs. At the head of the committee is James Clapper, the Director of National Intelligence who has already previously misled Congress. 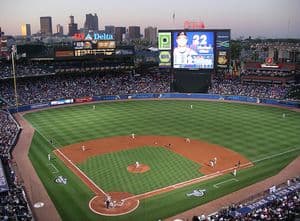 A Georgia man fell to his death last night at Atlanta's Turner Field during a match-up between the Braves and the Philadelphia Phillies.

US Attorney General Eric Holder announced yesterday that he will work to cut mandatory minimum sentences for low-level drug offenses, stating that "too many Americans go to too many prisons for far too long."

Current peace talks taking place between Israel and Palestine are facing potential problems as 26 long-term prisoners were moved by Israeli officials shortly before their release.

North Dakota's U.S. attorney Timothy Purdon addressed a crowd of hundreds during a recent joint Pride Celebration hosted by Fargo and Moorhead, MN. During his impassioned speech, he told the state's LGBT citizens point-blank: "you have an ally".

The U.S. Government announced yesterday that its budget deficit through July of next year will be 37.6 percent, and that the budget starting in September 2014 is on its way to having the smallest deficit in five years.

Rihanna and Katy Perry recently reunited during a restaurant opening in NYC. No word yet as to whether there were any more "quasi-bi" antics this time around.

Anthony Weiner, intentionally or not, teased a 2016 bid by Hillary Clinton for President of the United States, telling Buzzfeed that he "knows his wife's role" in the upcoming campaign.

Adele is currently in talks to make a cameo appearance in Mathew Vaughn's upcoming film The Secret Service. If successful, she will be appearing in the film alongside David Beckham and Elton John.

Those wishing to partake of fried food without the sting of racism can breathe a little easier.

The Wanted released a new music video. Apparently, they also own the night. Who knew? 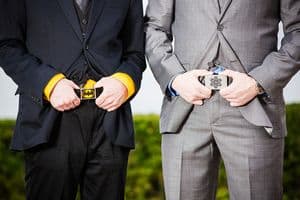 Lady Gaga committed another possible fashion faux-pas in her quest to obtain even more "Applause".

Meanwhile, Madonna was possibly channelling her uber-butch self a little too much during a recent paintball game.

Robert Downey, Jr continues to roll in it after new endorsement deals follow him after his successes with The Avengers and Iron Man 3.

Torn between you love for your hubby and your love for Batman? Can't decide how to properly honor them both. Just do what these two guys did!