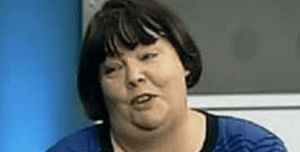 It was simply a matter of time before Maggie Gallagher, one of NOM's resident anti-gay pundits, issued a reaction condemning Chris Christie's recent decision to sign a law banning ex-gay conversion therapy for minors in the state of New Jersey. However, after being quoted once and denying the initial reports, Gallagher seemed to then confirm the initial statement she had previously denied.

The day after Christie signed the bill, Buzzfeed reported on certain reactionary comments allegedly made by Gallagher:

“The new law communicates to gays and lesbians seeking to conform their lives to their values that they are second-glass [sic] citizens, without the same right to seek help that other people enjoy. It is a right of self-determination that Gov. Christie has shut down…Governor Christie’s decision today violates the individual drive of men and women who no longer want to be tormented by unwanted homosexual desires. They are adults and should be free to seek out help for themselves with government interference." 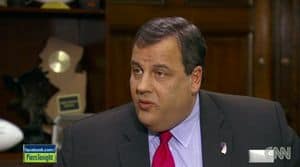 Gallagher later denied those statements in her column for National Review Online, calling the report a "staff error". When clarifying her stance on the issue, however, her actual comments did not prove to be drastically different.

"Governor Chris Christie has just put his name to a bill that uses the power of government to strip both parents and teenagers of the right to seek competent, professional help to live their life in accordance with their own values. The bill does not ban a specific kind of destructive therapy; it is a blanket ban on any licensed counseling professional helping any teenager who does not wish to act on gay (or transgender) desire. Not only efforts to change orientation but efforts to change behavior are forbidden, under penalty of law.

"Governor Christie just endorsed a law that thus excludes many gay teens who wish to live in accordance with Bible-based values from the circle of care; he has outright banned chastity as a goal of counseling. His bill is not only anti-religious, anti-liberty, and anti-family, it is anti-science because it does not permit scientific knowledge to evolve in the hands of competent professionals."

As was noted by ThinkProgress, Gallagher attempts to distinguish between harmful conversion/reparative therapy and the type that actually proves psychologically harmful to its subjects. However, the American Psychiatric Association and the American Psychological Association (the entity quoted by Governor Christie in his statement on Monday) do not make the same distinction, and argue that all forms for such therapy are potentially harmful. Also, the New Jersey bill makes no mention of chastity.

"Chastity is a religious-cultural concept, not one with any connection to mental health, let alone 'scientific knowledge.' Thus, nobody should have ever had the expectation that it could be 'a goal of counseling.'"

Thus, one has to wonder precisely what Gallagher means with her statement and exactly where she is getting her "facts".