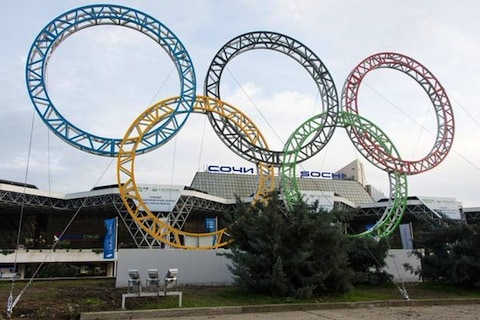 News sites everywhere have been documenting the issues in Russia surrounding the 2014 Olympics in Sochi, including abuse of migrant workers, the health and environmental impacts of construction, and the rather severe problem Russia has with homosexuality. Russia's response to this dissent has been to try to intimidate and abuse journalists and activists, particularly in the lead up to the Olympic Games.

Human Rights Watch has extensive coverage of these abuses and includes accounts of the Sochi Branch of the Russian Geographic Society having its funding threatened, rejection of the Sochi Pride House, distributed denial of service (DDoS) attacks on websites critical of the government and the Olympics, and several individual journalists and activists being threatened by government officials.

The IOC takes all necessary steps in order to ensure the fullest coverage by the different media and the widest possible audience in the world for the Olympic Games.

Russia's treatment of journalists may wind up causing even more complications for the IOC as these abuses run directly counter to the bye-laws the IOC are obligated to uphold.