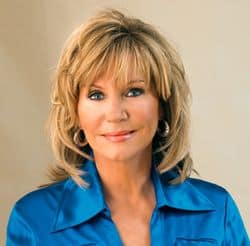 LGBT people and their allies have scored decisive and historic victories in recent months, both here in the United States as well as around the globe. Such rapid progress is almost certain to prompt a verbal backlash by opponents of equality. However, one recent comment made by ultra-conservative and vocally-homophobic radio host Sandy Rios proved to be a bit more ominous than usual:

Thankfully, Rios' diatribe does not appear to be a veiled threat that references any specific retribution that should come from this so-called "angry God". Nevertheless, these comments come as part of a trend of especially violent comments that Rios has been making as of late. She has also recently expressed her support of the massacres taking place in Egypt, saying that she was "grateful" and claiming that the more than 600 victims were not "innocent". She also expressed an opinion that Muslim-Americans do not deserve to be protected by the First Amendment.

Listen to Rios' foreboding comments, thanks to Right Wing Watch, AFTER THE JUMP…