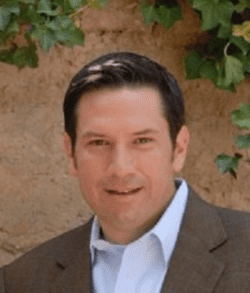 When a Bishop named Jorge from Buenos Aires took the name Francis, he made an immediate connection with Santa Fe. But when Pope Francis visited Brazil recently, he spoke directly to me, when he said, “who am I to judge?”

You see, when you come from a traditional family with deep roots in this community, the process of accepting that you are gay is complicated with fears about disappointing those you love, or becoming disconnected with a sense of place that is as much a part of me as my sexuality.

Growing up in this town, I felt myself fully embraced by la herencia, the traditional ways that defined the history of Santa Fe. Much of it is beautiful, a celebration of family, a spirit of community, a sense of obligation to those who came before us and responsibility to those who come after us. Knowing you are a part of a continuum gives a young person a sense of place and a sense of pride. These are all gifts I hope to pass on to my two daughters.

The Santa Fe New Mexican reports that the reaction to his coming out was well received by followers on social media.

“Based on the reaction today, it reflects the beauty of our families in Northern New Mexico to accept our sons and daughters for who they are,” Gonzales said, adding that it’s shown him “it is important for people to step out and to stand up and be proud of who they are and to be able to share it with their community.”

The announcement on the website, which also advocates for legalization of same-sex marriage, came on the same day that Doña Ana County Clerk Lynn Ellins began issuing marriage licenses to same-sex couples.

Gonzalez is one of two openly gay candidates for the office of mayor. The other is City Councilor Patti Bushee.