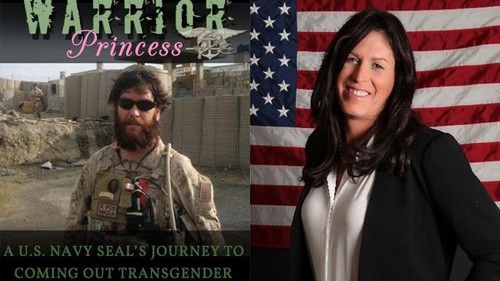 Kristin Beck, the former elite Navy Seal who was a member of the elite Seal Team 6 and came out as transgender in her book Warrior Princess earlier this year, issued a strong condemnation of Chelsea Manning last night on Facebook in which she accuses Manning of using her gender identity for her own gain. 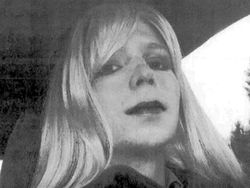 The "Manning debacle"… I did not ever want to give this person any of my time…
Too many media requests have poured in, so here is what I have to say:

What you wear, what color you are, your religion, race, ethnicity, sexual orientation, gender identity has no basis on whether you are a CRIMINAL or NOT.  For this person, whether male or female to use gender identity to act "BADLY" is a slap in the face to me and everyone who does not fit the "Binary Gender Norm." It is not an excuse for anything illegal or unjust.

This person took an oath to protect American interest and defend the constitution, and took additional oaths due to security clearances to protect information that leaders deem secret. There are legal avenues to whistle blow or bring attention to issues. THIS person is a liar and a thief and a traitor to many people. If Bradley is truly "Chelsea" then "she" is a traitor to ME personally. There is no excuse.
Another problem I have is the EGO that manning had that he would take it upon himself to make a decision to release documents based on personal assumptions, nearly no experience, and without the whole picture. Some say hero? some say traitor? I just say "misguided, egotistical Liar and thief" which can be applied to both hero or traitor depending on a few factors.

Let me pose a scenario….
LEVANWORTH-very tough place with a lot of Marines and others who defended AMERICA and are spending a year or two there for mistakes and bad conduct. Minor sentences, but still loyal to American interest.
GENERAL Prison population: Tough place to be in any prison.
MEDIA: Manning is know to every person in the prison.
SOLITARY: option for Manning to stay alive, but very lonely and its punishment.
TRANSGENDER: Most prisons have special accommodations to ensure safety for that person.
OUTCOME: Manning shows one photo or a few "halloween" photos or him and some of his friends dabbled? These photos are released and a story is unfolded….He is Chelsea and protected in special accommodations.
He will not be in general population where his life expectancy would be about a year tops….He is now using something AGAIN for his own gain.

THE BIGGEST problem I have with the whole thing about Chelsea is that as a Transgender person and as an upstanding citizen and knowing many other transgender people who are beacons of righteousness AND that ALL Americans May become FREE. WE are right at a point in HISTORY were many people are beginning to understand who we are as Transgender, DIVERSE, and that we are just like everyone else…WE ARE ONE….now manning just dirtied the hope of a truly FREE America.

Dr. Martin Luther King Jr. "I have a Dream" speech was 50 years ago….I am still hoping for HIS dream of equality for ALL. America to be a beacon of Freedom and equality, to see his dream of the "red hills" come alive. I am still dreaming of equality….
Manning is a tarnish on my dream, he is a tarnish on Dr. Kings Dream.