Mary Lambert, the Seattle-based singer-songwriter whose 'she keeps me warm' refrain grounds Macklemore & Ryan Lewis's hugely successful song "Same Love," couldn't really believe she was about to perform at the Video Music Awards. " I still feel like I'm going to be at mom's to turn on the VMAs and watch whatever Kanye does," she told Billboard in an interview. 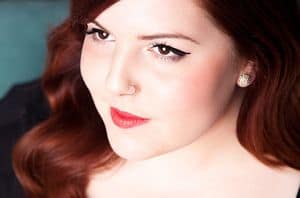 But this weekend, she did just that, joining her collaborators onstage and sharing an award for best music video with a social message.  Before her work on "Same Love," Lambert worked three day jobs, but these days she's touring with Macklemore & Ryan Lewis and keeping herself busy writing new songs.  With the duo's blessing, she expanded her "Same Love" hook into a full song, which was released as a single last month.

Now, "She Keeps Me Warm" has its own music video, which you can check out below.  Here are a few great excerpts from Lambert's interview with Billboard: